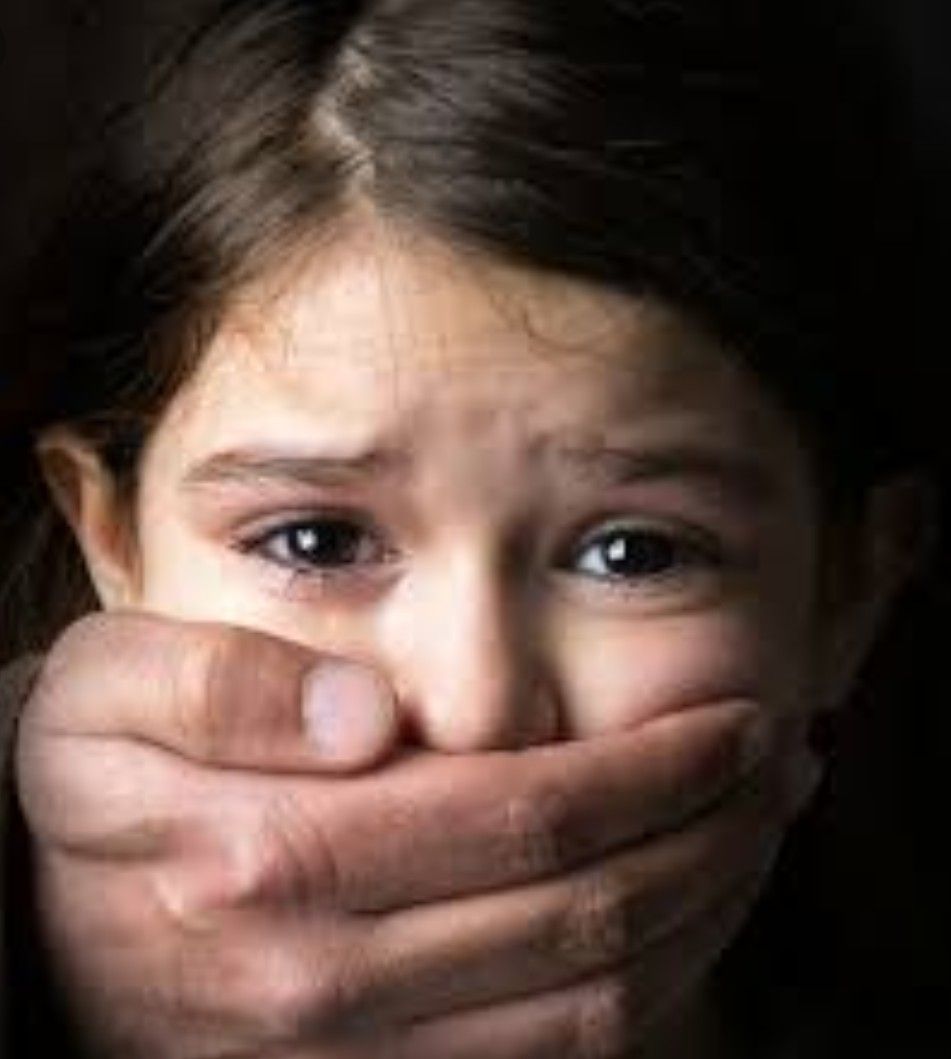 My heart began to beat faster as I heard the familiar voice from the living room. “Oh heavens, please help me today”, I prayed silently. Uncle Steve Adams is Mum’s best friend’s (Aunty Mary) husband. Everyone loved him and I used to love him very much too. Now, I was just very scared of him and the little things he’d been doing to me recently. I didn’t tell anyone about them because I was sure no one would understand.

Uncle Steve is a business man while Mum and Aunty Mary are both senior executives of the same bank. Dad works in a different town and comes home once a month. Joy and George, Uncle Steve’s kids are 12 and 10 years old respectively. I am 15 years old, my little twin sisters, Victoria and Susan are 10 and David, my little brother is 7. Since both Mum and Aunty Mary tend to work very late, we kids were mostly left in care of Uncle Steve. We spent a lot of time at the Adams’ place and sometimes, he’ll take us out to fun places like the park, or the zoo or the ice-cream shop.

Uncle Steve always teasingly called me his little girlfriend and after a while everyone followed suit. I lived for those moments when he’ll take us out; we always had such a great time. About a month ago though, things began to change. He’ll put his hand on my shoulder and his hand would accidentally brush against my breast. I wasn’t sure if it was a mistake but it was beginning to happen rather often. Sitting in the front seat of his car as the eldest of the kids, his hands were beginning to brush my thighs ever so often. It seemed unintentional, yet the feelings the little touches generated were rather confusing.

Yesterday evening after he dropped us off at home and was about to take his leave, Mum asked me to drop some things in his car and I did. As I headed back into the house, I bumped into him at the threshold. It was totally dark outside and I hadn’t realized he had stepped out of the house and was quietly standing there. He held on to me and lifted up my chin. He then put his lips to mine and did something I had never experienced before…he kissed me! I just stood there, shocked, scared yet feeling an incredible combination of emotions I couldn’t explain. He released me and walked rapidly to his car and drove away. I didn’t know much but I knew that shouldn’t have happened and I knew I was in trouble.

I thought of telling Mum but I knew the information would cause a lot of trouble. It would break up the two families. Where would we stay when Mum had to be at work? What would Dad do to Uncle Steve? How would Aunty Mary feel? I had been thinking about all this when I heard his voice in the living room. Instead of the usual joy, all I felt was fear. “Susan, come on out with your stuff, Uncle Steve is here”. I stepped out with trepidation, determined to act normal. There he was, smiling and looking at me with piercing eyes. I looked everywhere else but at him but no one noticed the by play. We were going to spend the weekend at his place because both Mums were traveling for a two day training.

Very soon, I forgot all about my fear and had a great time with the other kids. The Adams’ had a bigger compound than ours and we usually had a great time exploring. We all played on the swings and were thoroughly exhausted by evening. We usually slept in 2 rooms, the 4 girls in Joy’s room and the 2 boys in George’s room and this night was no different. After such a long day of playing so hard, we were all fast asleep in a few minutes.

I felt myself being shaken slightly so I opened my eyes reluctantly and looked up groggily. It was Uncle Steve. “Come Susan, I need your help” he said. He said he had a lot of paperwork to do and needed me to help iron the kids clothes for the outing planned for the next day. My sleepy brain didn’t wonder why I had to iron so late, all I thought was to iron as quickly as possible and get back to bed. As I ironed in the laundry room, I suddenly I felt a hand touch my back and jumped in fright. I turned and there was Uncle Steve, standing too close. He unplugged the iron and pulled me close. I didn’t know what to say or do, I had no idea what was next but I knew it was going to be something bad.

“Please let me go”, I begged but he didn’t listen as he began to touch me all over and whisper weird things. He had closed the laundry room door and was pushing me towards a pile of dirty clothes on the floor. I began to struggle in earnest as his touch became more intimate and more intrusive but he was much stronger and all of my struggling made no difference. I was weeping profusely even as I struggled so hard but none of it stopped Uncle Steve. I felt an incredible tearing pain and screamed but he put his hands over my mouth. My world suddenly became a dark cloud of endless pain and terror. It seemed to go on and on until I thought I was going to die. I felt as though I was being shredded into tiny bits by a very sharp knife.

Suddenly it was over. He rolled off me, breathing so hard and so harsh. I wondered why. Had he been in as much pain as I had been? If he had been, then why did he do that to me? The pain I was feeling wouldn’t stop and when I looked down and saw all the blood, I wasn’t so surprised. I was sure I was going to die there, bleeding slowly to death. I laid there trembling, crying, hurting so bad and wondering what I had done to deserve this. Uncle Steve lay there beside me for a while and then got up and lifted me up. I began to beg for mercy but he shushed me saying it was over. He kept saying he was so very sorry, that he loved me very much and that next time wouldn’t hurt so bad. I couldn’t stop crying though, feeling thoroughly humiliated as he lay me in his bathtub and proceeded to give me a bath.

After the bath he gave me a little pill to swallow and I did without question. He carried me back to the girls’ room and left. I laid there gingerly but couldn’t stop crying, couldn’t stop trembling. I felt like the pain would never stop. My last thoughts were of my parents. What would they do if they found out? Kill him probably! “They must never find out”, I thought as I fell into an exhausted sleep.

If you have experienced some kind of abuse, or known anyone who has, please share with me in the comment section. In later posts, I would be sharing 1) how to safe guard children against abusers, 2) how to recognize an abused child or teenager, 3) how adults behave if they were abused as children and much more. Stay tuned

Cheers and thanks for reading!!!

2 thoughts on “Diary Of An Abused Teenager”